Hey its been a while since I wrote there

Ive been working on lots of stuff but I've been especially busy with college. 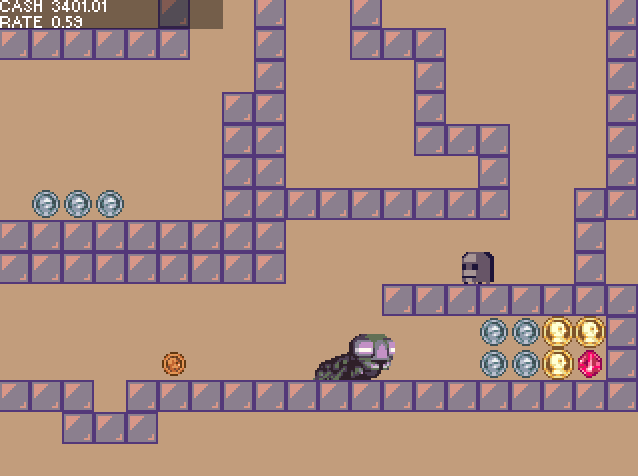 The biggest thing I'm working on right now is a game I initially made as a poppenkast 4-hour competition entry, called Recession. The competition's theme was money. You can get the competition version of my entry here : DOWNLOAD RECESSION v.0.21
The looping track heard througout the game is by Chef Boyardee.
The game is pretty simple: You control a little guy who runs around and collects cash. Any action in the game costs money except walking: jumping, shooting, getting hit all cost cash. SO cash is a both your ammo, your life and your stamina. There is an exchange rate that is applied to all revenues and expenses, and the exchange rate drops as time passes, so in other words, the longer you play, the more expensive everything becomes, and treasures are worth less.

That game was made in around 5 hours, I made it in early April. It was cool enough but I felt that a lot of things could improve on it, that I could play with that money concept way further. After the game was ready for the competition I decided to keep working on it, and now we are more than one month later and the game has grown - a lot. I am hoping I will finish the real, final version of the game this month, as college work stops hogging all of my time. Now there's exciting boss battles, much more exploration, more atmosphere, more music, more secrets, weapons, cooler visuals, its all there! Its a lot of fun to work on, too.

Today I made my first big photo manipulation work. I'm sure that people experienced in photo manips wont find this any impressive but I'm pretty happy with it (click to see in full size, its pretty big): 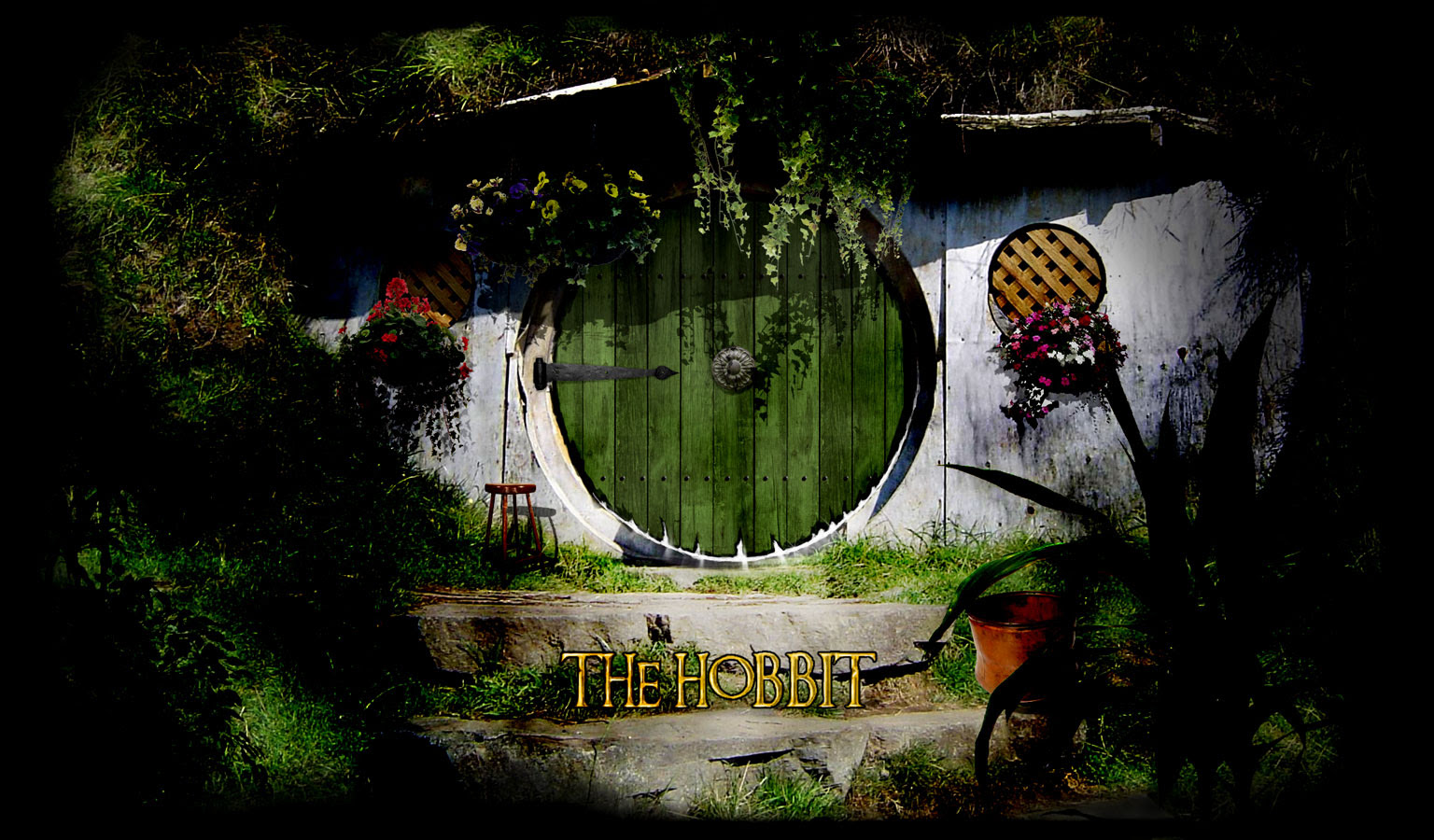 This is for a college work, where we received a fictional contract to build a website for the upcoming movie of The Hobbit. Its a team effort, and I am the team's art director-ish guy. This is the source image I used. I used it without permission, whoops...
First I took out the guy with a brush, and replaced him with a wood texture in the opening to act as a closed door, added hinges, a door knob-ish thing in the middle and rivets, used a lattice texture found on the web for the windows, added a shadow cast on the door (which instantly added a LOT of realism, its insane the impact this one shadow had on the whole thing), then I added a dark atmosphere using an edited clouds render with a color burn blending mode, added plant silhouettes on the foreground, added flowers and vines, edited the shadow on the door to include shadows of the hanging vine, added a logo of the film I found with google images and edited to fit the colors of my image, and done! It took around 4 hours in all. I think I'm growing to like photo manipulation a lot, so I'll do more in the future. I'll try using strictly photos of my own or open-license free images too for stuff I want to put in my portfolio, just grabbing whatever I find on google images feels a little cheap to me. It didn't matter for that particular college work though.

I did a bunch of other things for college, like a website for Stéphane Turgeon, a francophone rock band.

I worked on this with two other students. I took care of the visuals and the CSS, and the others mostly worked on the MEDIA section (it is empty in this version however).

and also a 3d modeling work of an art studio of sorts, turned into a Quicktime VR that is then connected to all of the other students' 3d rooms. You can access my own 3d room here. From it you can also travel around the network and see the other students' works. I wish I had more time to finish my own, it feels a little empty and some of the textures are wonky. I will eventually get a better, faster computer so I can practice 3d modeling at home, my current machine is too slow for it. I'm beginning to like working in 3d some more but its frustrating to only be able to do it at college, and it slows my learning curve by a lot I'm sure.
We had another, similar project for a video course where the same concept had to be used with photos rather than 3d renders: we had to take many panoramic photos of a place of our choice, then modify the photos somehow and turn them into a Quicktime VR. Mine can be seen here. I took photos of our student newspaper redaction room, and added monsters sitting there. It was fun but took a little too long! I also included a friend Marc-André Trépannier in one of the photos, playing a ukulele. I drew a freaky little monster riding him.
We also had to include short videos in our rooms that would start when the visitor clicks a certain object (mine is a little drawing on one of the room's billboards). Making these videos automatically load a new Quicktime VR file by adding something called an HREFtrack on the video was a real pain in the ass, it usually just didn't work for dozens of stupid, obscure technical reasons.

In another course called "Présentation multimedia" that focuses on nonstandard communications between users and computers (like with heat sensors on input and lasers or motors for output instead of the usual keyboard and screen), we are working on a game!

(that's a mockup though, not a screenshot of the actual thing)
Its a side scrolling shooter where one player uses the arrow keys to move a little ship through a dangerous tunnel, and the other player uses a microphone to influence the level's generation. It's lots of fun to work on, we should finish it soon enough (maybe tomorrow actually).

One final project I'm working on for college is a video clip for a Canadian artist who's name eludes me right now. We recorded him singing his song over a green screen from multiple angles, and next week we will put the clips together and throw in a little animation and have some fun with it. I might put it on youtube when its done who knows.